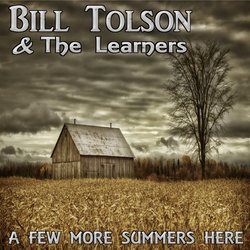 Bill found solace in songwriting and when he uploaded a new tune on facebook an old friend reached out. Bassist Adam Learner, formerly of Blue Ruin (signed to Rampant Releases) and Deerstalker suggested forming a band to support Bill. Al Murphy, also of Deerstalker completed the rhythm section on Drums. Russel Irvine, who plays with another Rampant alumni John Danyi and was a member of Melbourne punk icons News/Babeez joined on guitar. To fill out the sound on keys, Joe Findlay injects some jazz flair and youth to the project.

The band rehearsed and performed throughout 2016, developing their sound before hitting the studio in 2017 to record their debut - ‘A Few More Summers Here’. Steeped in the history of classic singer songwriters, the combination of honest lyrics, raw arrangements and live recording captured audiences hearts. The lead single ‘The Wind Feels Different On My Face Today’ received generous airplay on community radio stations around the country. 2018 has seen performances at Lyrebird Lounge, Bar Open, Dutch Club Abel Tasman and Flying Saucer Club. Mid year the band are returning to Crosstown Soundstudio to work on their second record.


A song about spending a few more summers here, living and thinking about those who can't and arent, "You'd enjoy the wind blowin, I know you'd love that song"

Other tracks by Bill Tolson & The Learners: The Wind Feels Different On My Face Today
%