Big White - On and On 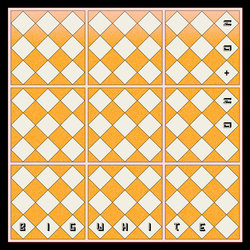 Likened to The Cure, Talking Heads and The Go-Betweens, Big White’s music is diverse in both influence and style, touching on British New Wave sounds with Australian jangle pop.

Big White signed to Burger Records in 2015 after being scouted at a pub in Bondi, which led to their US debut at SXSW that year, a US tour and performance at Burgerama with Ty Segall and Ariel Pink.

In 2016 they released their debut album ‘Teenage Dreams’ and spent 9 weeks touring it throughout North America, the UK / EU completely self-funded. It was during this time that they somehow managed to find time to bunker down in various recordings studios in Los Angeles, New York and Berlin to start demoing their forthcoming 2018 album (that is, alongside spending 4 weeks without accommodation, playing 11 nights back to back in NYC, almost burning down a venue and getting kicked out of a band room in New York when Green Day came for a surprise set). Needless to say, the result is an eclectic and energetic record filled with sharp lyricism replete with introspection and worldly insight.


“We sing about temporary friends and longstanding relationships; how every little surprise, every new person and idea you come into contact with signals small changes that influence a changing idea of what is 'you' and how yourself interacts with everyone else's changing forms." - Cody Munro Moore (vocals/guitar)