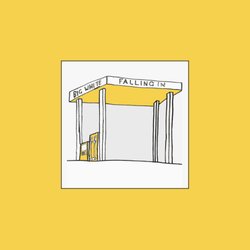 Big White first met and started making music together when they moved into an Art Deco share house in the inner west of Sydney in 2013. The band signed to Burger Records in 2015 after being scouted at a pub in Bondi, and in 2016 released their debut album, Teenage Dreams, followed by 2018’s Street Talk.

Both albums were toured extensively across Europe and the States. Both releases saw the band receive high rotation across Australian community radio (early praise from Matt Wilkinson’s Beats 1 London show, while becoming the 6th most played artist on Fbi Radio in 2018).

Big White return in 2019 to announce the release (after two full albums) of their debut EP Heaven’s Unlikely.


An energetic and sharp display of indie pop rock evoking the best of post-punk, new wave and Australian rock with a distinctly modern voice.