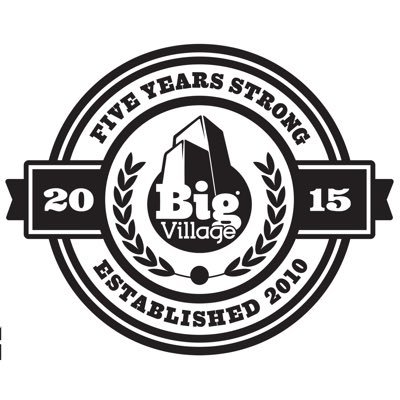 See details
P.Smurf is a celebrated hiphop MC and co-founder/manager of Big Village Records. His charismatic style of socially and politically charged lyrics, have earned him a loyal fanbase throughout the country.
Unify combines vocalists hailing from Australia, the UK, America, Africa and Fiji. An explosive combination of politically charged lyrics, backed with a unrelenting reggae rhythm. Produced by Down Under beats & Must Volkoff.

Other tracks by P.Smurf:  SOS  -  The Next Chapter

See details
Joel Rapaport, hip hop MC & co-founder and managing director of Big Village Records. ‘Don’t Sweat It’ is the 4th single from forthcoming album Village Idiot, out November 2017.
Don't Sweat It is produced & co written by Australian Hip hop icon, Joelistics (TZU). The song is about trying to move on after a break up, and finding yourself again.

Other tracks by P.Smurf:  For My People ft. Rapaport, Mathas, Nooky & DJ Cost

See details
Suburban Dark is a duo hell-bent on keeping things straight and tough. Their analog-synthesizer infused sound is deep, minimal and razor sharp, intended to be played loud.
Fueled by swarming bass, tech-ed out beats and other synthetic combustibles, Supernova marks an expansion of Suburban Dark's beligerant brand of bass music. Traversing harsh reality and the unknowns of deep space, Jeswon's spit fire raps fuse with the volatile beats, skull dragging the listener on a sonic journey

See details
Music not to be messed with, Suburban Dark is a duo hell-bent on keeping things straight and tough. Their tracks range from spine-chilling noise to bass-assaulting bangers.
Sydney-based production duo Suburban Dark drop new single ‘ Remember Your Code’ : a curt instrumental track and the first taste of their sophomore LP, Death From Below. The sinister ‘ Remember Your Code’ fuses found sounds and hypnotic samples to create infectious and heavy bass music.

See details
Joel Rapaport is a 33yr old hip hop MC, guitarist and producer, co-founder and managing director of Big Village Records; the creator of hip hop theatre show, ‘Sketch The Rhyme’
In “Lost in the Frequency”, Rapaport’s anxiety-drenched lyrics, combined with producer Kid Fiction’s foreboding footwork drums and moody synths, explore the subterranean and the soulful. “Lost in the Frequency” describes the relentless and overwhelming nature of anxiety, detailing the rapper’s personal stress and state of mind.

See details
After a decade honing their skills in Sydney’s warehouse scene, Beastside are primed for centre stage with a sound inspired by UK grime and future beats.
Setting the tone for the forthcoming album, “Charged Up” showcases each MC’ s distinct style and their command of the 140bpm tempo, in a relentless series of tight verses.

See details
Rapaport is an MC and guitarist who makes rap music inspired by Grime, UK Bass, Soul and African beats and is co founder and label manager of Big Village Records.
Rapaport rises from the ashes with his impeccable cadence and intense delivery, taking us on the journey of the ongoing struggle to be happy with what you have instead of always looking for something more.

The track features Billie McCarthy on Vocals, and was produced by Ribongia.

See details
Omar Musa, a Malaysian-Australian from Queanbeyan, is one of Australia’s most important young voices. In his writing and music, he confronts the dark realities of Australian history and culture.
“This EP is about people who are considered to be marginal taking centre stage, telling their stories in a fearless and ferocious way, It’s about taking frustration and pain and turning it into hard-hitting bangers that can make you both think and party.” - Omar Musa

See details
Soul Benefits are 26th Letter, Storme and Young Supreme, a trio of NZ origin, with an average age of 22 who began working together in 2010, in Sydney’s Western Suburbs.
’Rebel Music’ is raw, head nodder featuring NZ veteran MC, SMV a member of the groups Machete District, The Villains, 4 Corners and the Universal Zulu Nation.

‘Rebel Music’ expresses SB's no holds barred approach in life, never letting anyone influence who they are as individuals.

See details
Soul Benefits are 26th Letter, Storme and Young Supreme, a trio of NZ origin, average age of 22, who have been working together since 2010 in Sydney’s Western Suburbs
‘Step Up’ channels the swing of golden era boom bap with the lush harmonies of 17 yr old singer, Angel, and unapologetically positive verses calling on peeps to get out, do what they love and chase their dreams.

See details
Hip Hop/Horn/producer trio from Sydney. Currently on the road for the Africa/Australia Tour.
'They Shine For You' which features on their latest album ‘ON’ (Big Village Records) is no doubt a special song for the trio as it shows a whole new side to the boys who are renowned for their upbeat tunes, catchy beats and regular inclusion of brass instruments. Track features Indigenous vocalist/songwriter Radical Son.

See details
True Vibenation are a trio hailing from Sydney, and have developed a solid reputation for an electric live show and sound,comfortable alongside a live band and in an electronic setting.
Crazy But... (feat.Sela) is an explosive soulful, electronic track, based on a quote from legendary filmmaker Akira Kurosawa 'In a mad world, only the mad are sane' so what does that make you?. With rich synths, hard hitting vocals and a touch of horns, True Vibenation deliver a musical punch.

Other tracks by True Vibenation:  Dressed To Chill feat. Pukz