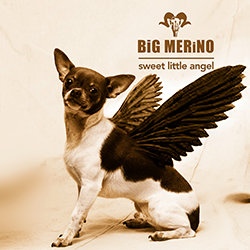 Next month the band will release their 2nd album ‘Sweet Little Angel’ and plans to tour and perform at various festivals around the country, starting with Murringo and Quandialla in June.

The first single to be lifted from Sweet Little Angel is the balladesque title track, while the B-side accompaniment is a cover of the politically charged protest song of 1970, 'Ohio'. Penned by Neil Young and recorded with his band Crosby Stills Nash and Young, the song is a guitar-led melodic track that will be familiar to most music lovers.


Some tasteful acoustic guitar starts this brilliant new single - the title track to the band’s sophomore album. Stuart’s accomplished voice then comes in on the catchy chorus straight up, some electric guitar and drums complete the picture as the tune moves ahead. Reminiscent of ballads from the Stones and Neil Young.

Other tracks by Big Merino: Ohio