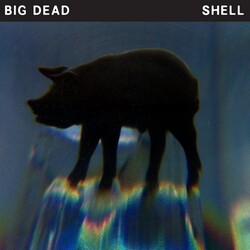 Walking around in a perpetual state of cognitive dissonance leaves musicians like these in this Brisbane based alternative rock/ art rock five piece to seek out more musically ambitious milestones.

6 years in and Big Dead have two EP’s under their belt, alongside a huge number of shows with artists including The Paper Kites, Nonsemble; Jungle Love Festival; and a number of successful tours to Sydney, Melbourne and Geelong.

Their eponymous record 'Eudaemonia' (2014) which was well received across community radios including 3RRR, FBi Radio and 4ZZZ runs an addled path through jazz and rock experimentalism.

Continuing on from their previous EP, they have spent the past two years composing new tracks for their third EP entitled ‘Shell’ (July, 2016).

Big Dead remain true to their previous works instilling a sense of anguish that leaves one walking around in a perpetual state of cognitive dissonance, however this new EP is much more dynamic than previous releases.

It is no surprise that the third EP, in the sixth year of the band's journey reflects the high standard of each member's understanding of music and songwriting.


'Letterbombs' like each of the tracks on 'Shell' reflects on a growing sense of isolation and alienation from society. The confusion of ones place in a world where everything is ultimately void of meaning, where one must make their own in order to flourish and be happy.