Bernard Fanning - Tell Me How It Ends - Internet Download 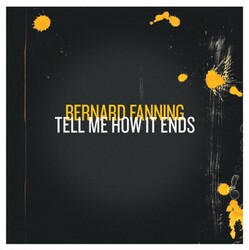 Revered, regarded and just plain loved, Bernard Fanning has long been at the forefront of Australian rock music. But never before has he been seen quite like this.
New single ‘Battleships’ sees Fanning emerge in a seething wall of sound, doused in falsetto, growling guitars and throaty horns.
'Battleships' is taken from Departures, the highly-anticipated follow-up to Fanning’s 5 x Platinum solo debut Tea & Sympathy - a release that earned him four ARIA Awards, including ‘Album of the Year’, two APRA Awards and a #1 placing in triple j’s Hottest 100 with ‘Wish You Well’. Not to mention his overwhelming success as frontman of Powderfinger, selling over 2.5 million records, earning 18 ARIA Awards and five #1 album debuts.
For Fanning, the album is a departure in every sense of the word; a move almost in defiance of his Powderfinger roots and the acoustic sensibilities so clearly displayed on Tea & Sympathy.
Leaving behind homeland Australia, and all its creature comforts, Fanning penned ‘Battleships’ in Spain before recording at Los Angeles’ renowned Sunset Sound (Fleetwood Mac, The Rolling Stones, Tom Waits, Neil Young) with producer Joe Chiccarelli (The Raconteurs, Augie March, My Morning Jacket).


With record sales close on 3 million and 22 ARIAs to his name, Bernard Fanning hits back with second single ‘Tell Me How It Ends’. Far from the blue-jean anthems and gentle ballads of times gone by, this is grooving bass-lines, confident synthesizers and one hell of a booming chorus.

Other tracks by Bernard Fanning: Battleships
%