Benny Walker - I Don't Blame You 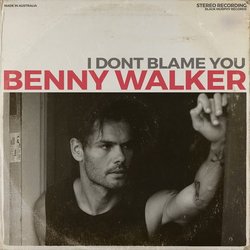 Hailing from Echuca in Victoria, Yorta Yorta singer/songwriter Benny Walker is the real deal. His love songs and epic tales are mixed with emotion and passion for the land, the people, summer vibes and deep grooves that reach the soul. Said to have one of the best voices in Australia Benny Walker has the drag and timbre of a natural soul man. .His music is pure blues-rock, buoyed by clean, lyrical guitar solos and the throb of electric organ.

Benny Walker has received four NIMA nominations for New Talent of the Year, Best Song, Best Cover art and Best film clip and was named “Best Aboriginal Act” at the 2016 Music Victoria awards. His first award came in 2012 when he was awarded Victorian Indigenous Performing Arts Award for Best New Talent in 2012.

Benny has written with Pip Norman and Joel Quartermain [Eskimo Joe] and has performed alongside some of Australia’s finest, including Archie Roach, Blue King Brown, Tim Rogers and Vika and Linda Bull.

He has performed at many premier festivals including Byron Bluesfest where he is fast becoming a favourite and appearing again this Easter for a second consecutive year.


Pure blues-rock, buoyed by clean, lyrical guitar solos and the throb of electric organ. Take vintage instruments and recording gear, get the band in one room, add production by Pip Norman and the end result is a perfect balance of warm tones, punchy musicality and a mix that cuts through.