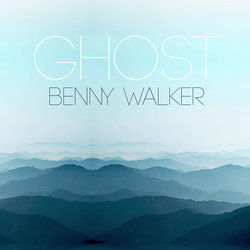 Said to have the drag and timbre of a natural soul man the current winner of the “Best Aboriginal Act of the Year” at The Age Music Victoria awards 2016, Yorta Yorta singer/songwriter Benny Walker is the real deal. His lyrics and epic tales of love and loss are mixed with his passion for people, the land, summer vibes and grooves that go deep. And latest single ‘Ghost’ is no exception. Co-written by Benny and ARIA Award winning producer Jan Skubiszewski who also produced Benny’s forthcoming six track EP Undercover.

Debut album Sinners and Saints sling-shot Benny into the limelight landing him 4 NIMA nominations in 2013. In 2016 he gained another 4 NIMA noms for New Talent of the Year, Best Song, Best Cover art and Best film clip for Oh No You Don’t. This song heralded in a new direction in sound and shot to No.1 on the AMRAP chart.

An accomplished solo performer, Benny is regularly joined on stage by his band, where he replaces his acoustic guitar with a Telecaster and indulges his passion for a big blues-rock sound.


Ghost oozes class. Sophisticated and soulful it’s a rich song that sounds old-before-its-time yet anything but old-fashioned. Walker’s voice has the drag and timbre of a natural soul man - his music is pure, buoyed by clean, lyrical guitar solos and the throb of electric organ.