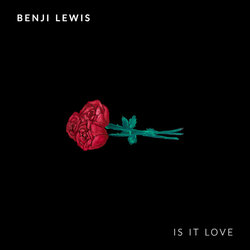 With a voice that can be likened to that of Sam Smith and Troye Sivan, Australian singer/songwriter Benji Lewis is cultivating an impressively unique sound & style, as he creates these lush landscapes of warm & dreamy, chilled & atmospheric, electro-pop sounds.

In February 2017 Benji released his breakthrough single ‘Drift’ which was co-written & produced by his management roster buddy Golden Vessel. This track set the scene for Benji’s emotionally driven seven-track sophomore ep, ‘Home For Now’, which has collected over 20 million streams worldwide, and has taken Benji to more places than he could have imagined.

By late-2017 Benji had begun making plans for his third ep ‘Together Apart’, and since its release it has received much praise and attention from all around the world and has collected over 6 million streams on Spotify & Apple Music.

Over the next few months we can expect a few stand-alone singles from Benji Lewis, which have been produced by a variety of producers including Lincoln Jessr, Magnus Skylstad, Kid Froopy & Golden Vessel.


‘Is It Love’ is the latest single from LA artist Benji Lewis which has been produced by Norway’s Magnus Skylstad, and it’s also just the first in a collection of singles that benji has planned for release over the coming months.