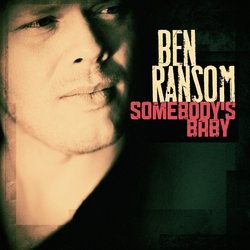 “Powerful vocals and infectious melodies, Ben Ransom has all the hallmarks of a classic artist and performer”,

Ben has travelled and performed all over the world including a two and a half year stint in Europe with a style that is a blend of pub rock, blues and country. He has supported some of Australia’s top recording artists and travelled extensively around the country.

Ben has been nominated in four categories of the 2014 Australian Country Music, People’s Choice Awards including Best New Talent, Best Male Artist, Best Album (Slow Burn) and Best Song (Truck Stop Honey) which will be held during the 42nd Tamworth Country Music Festival of which he will have no less than 20 performances. 2014 will also see Ben release further singles and already has more national touring along with a European tour slated for September.


Ben Ransom teams up with multi-million album selling producer Robie (E.G) Porter to record and release ‘Somebody’s Baby’. This is a re-make of Jackson Browne’s classic song, re-envisaged and re-imagined to display Ben’s searing talent and introduce the song to a whole new generation of country-rock lovers!