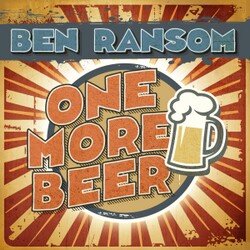 By September 2012, Ben had completed recording his 'official' debut album (SLOW BURN) with Matt Fell and Glen Hannah. The first single 'TRUCK STOP HONEY' was popular all around Australia receiving national airplay and was nominated as a finalist in the Tamworth Songwriters Association Awards for Contemporary Song of the Year (2013). Once again Ben was acknowledged as one of Australia's great emerging talents by securing a spot in the final 15 for the 34th Toyota Star Maker competition 2013.

In October 2013, Ben was introduced to #1 international hit maker and multi-million record selling producer ROB E.G PORTER. This resulted in the collaboration and release under the WIZARD RECORD label of a brand new single, a re-make of the Jackson Browne Classic 'SOMEBODY'S BABY'. The track was launched at the 2014 Tamworth Country Music Festival where Ben performed 19 shows in 10 days to rave reviews and also scored nominations in four categories of the 2014 Country Music Peoples Choice Awards (Best Male Artist, Best Song, Best New Talent, Best Album). The new single entered the Amrap/AirIt charts at #10 on release.


Crowd favorite and hit at all show's! 'One More Beer' tells the all too familiar (true) story of getting kicked out of a pub ... I'm pleased to say this one has a happy ending. This track lends itself to Ben's country sensibilities and was recorded 'live' at The Basement.