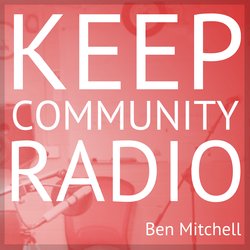 Ben Mitchell is a singer-songwriter from Healesville, Victoria. He plays solo and with his band, performing across the country.

“Calls to mind the songsmithery of Neil Finn and Ben Harper—a thoughtful songwriter with a gift for simple melodies and powerful emotion.” TIME OUT (UK)

A genre-hopper at heart, Mitchell’s music has evolved to embrace the heartfelt simplicity and story-telling of country and blues, the authenticity of classic singer-songwriters (like some of his inspirations: John Lennon, Joni Mitchell, Neil Finn and Paul Kelly) and the contemporary eclectic freedom of pop n’rock, from ABBA and AC/DC to Prince.

“His song-writing skills put him in a league above.” Americana UK

In 2015 Mitchell was chosen as the featured Artist for ‘Play Vic Week 2015’ by the Community Broadcasters Association of Victoria. Each of the 17 tracks on Mitchell’s 2015 independent release, Chance To Love received radio play across Australia. One song, Beautiful Mess was picked up by Amazing Radio in London and Ireland.


Keep Community Radio is a celebration of the humble radio stations of the suburbs, the far flung outposts up in the mountains, and the non-commercially bound artistic havens of the mean inner city streets. Run almost entirely by volunteers, these radio stations are invariably the birthplace of new music.