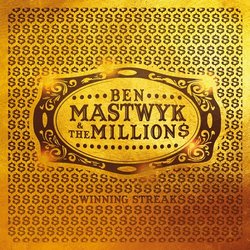 Great musicians always know the right time and place to add their mercurial vocal and/or instrumental prowess to a song, whether in the studio or on a stage. On the Melbourne country music scene, Ben Mastwyk is one of those key players, the consummate sideman contributing guitar, vocals and banjo to a range of different projects prior to the arrival of his acclaimed 2015 debut album Mornin, Evenin, Celebrating both classic and contemporary Americana music, the record heralded the start of a promising solo career.

The album finds Mastwyk traversing the world of country music; from Appalachian mountains to the honky-tonk bars of Nashville and the multitude of back porches where Townes Van Zandt, Guy Clark and so many other troubadours have penned many a heartfelt song. To inspire and fuel his songwriting for the album, Mastwyk travelled to the source,the American South, composing songs while in a state of transit across the country in trains and cars before returning to Melbourne to complete the songs that would become Mornin, Evenin. The album showcases Mastwyk’s ability to honour the traditions of the genre while tipping his hat to those that were crucial in shaping the direction alt-country music would take.


“The phone is an omnipresent necessity that we pour all of our emotions into. There’s something mystical about the power these devices hold. They can bring us together but also tear us apart. There’s an assumed secrecy with telephone communication so people tend to pour their deepest secrets into them. But there are countless stories of people’s wrongdoings being uncovered"