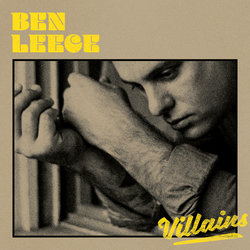 Ben references artists like R&B king Sam Cooke, The Replacements, Son Volt and Lucinda Williams amongst his influences but he really does offer something genuinely unique. His vivid story-telling, paints the landscape of his current home in Newcastle and traces back to the black soil plains of his childhood. His resonant voice and dynamic playing intertwine to offer up a rare honesty that commands attention, opening up his heart and leaving it on the table. He is carving himself a niche, touching on subjects that other songwriters wouldn’t dare attempt.

In May 2017 Ben released Hank Volume 1, the first in a series of limited edition 7” vinyl/digital singles to much praise. From a session engineered and produced by sought after multi-instrumentalist Trent Crawford, Hank 1 features songs Drinking Youth and Trace. Both Trent and rising Australian singer-songwriter Tori Forsyth accompany Ben on the release, both tracks receiving positive support and airplay from Triple J’s Roots N All host Nkechi Anele as well as Johanna Roberts of FBI Radio’s In The Pines.

This year Ben was a Finalist in the first annual Australian Americana Music Prize, while Trace has been awarded an Independent Music Award, for Best Alternative Country Song.


‘Villains’ is the first track to surface from Ben’s recent sessions with Australian music stalwart Shane Nicholson, and draws upon a return to the home of his youth, Quirindi in North West NSW.