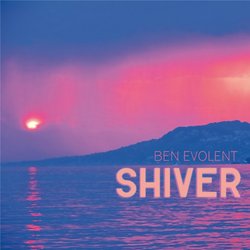 A tenacious musician of integrity and acclaim, accomplished songwriter Ben Evolent walks a straigh forward path. The Northern Territory artist delivers tales invested in the delivery of honest experiences that validate our highs and lows. His energy and insight has led to him becoming one of Northern Territory’s most celebrated songwriters and live performers.

Across two EPs and a single, Ben Evolent has developed a ragged and lively style deeply rooted in the spirit of song. From wistful folk to burning swamp-rock his blossoming ability for sentiment and atmosphere has captured hearts and imaginations being recognised as a finalist in the prestigious NT Song of the Year Award awards in 2015 and winning in 2016 with his song Next Time.

In 2017 he released the EP Next Time to a sold out crowd at Darwin Railway Club. Next Time revealing further Ben Evolent’s versatility as a songwriter, delving into alt- country and foot-stomping blues whilst also expanding his softer, elegant side. The release was greatly received holding the no.10 spot in the AMRAP charts for 2 weeks, airplay on Triple J and having over 100 000 hits on Spotify.


Shiver was written in tandem with Ben Evolent’s 2018 single Dagger and signals the steady embellishment of his broadly Australian style, born of the far north in all of its vibrancy and splendour, through tales of compassion for the people and the land. Shiver’s string arrangements sweep across gentle strums allowing Ben Evolent the space to capture hearts and imaginations.