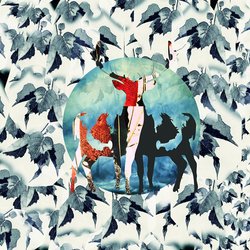 Beloved Elk is a powerfully emotive and honest ambient-rock band. Its four members play to where land meets sea; colliding introspective lyrics with swelling dynamics and soundscape. Likened to the early sparks of Modest Mouse, Arcade Fire and Explosions in the Sky, Beloved Elk push into realms of post-rock and shoegaze, while holding to the central weight of story-telling.

Beloved Elk was created in 2010 by singer/songwriter Amy Wright, guitarist Lewis Gorham and drummer Tina Nguyen. Early into experimenting, they fell upon their first improvisation of Bottom Of The Sea and realised they were on to something. Racing into a string of gigs around Melbourne – culminating in a sold-out show at the (late) East Brunswick Club – and still just 21 years of age, the three took 2011 to sharpen their sound and be completed by the esteemed Jess Keeffe on cello.

By 2012 the band, matured by both performance and hiatus, recorded their twenty-four minute offering “Hemispheres”. A six-track E.P, “Hemispheres” has been applauded within the industry for emitting an intoxicating balance between strength and vulnerability and, while embodying the raw energy you'd expect from a debut, throbs with the promise of great things to come...


A two-part song about insomnia and the break of day. Beginning in a groove of bass, drums and the wash of psychedelic guitars, the songs tension eventually releases as cello comes to bring in daylight. Under new light, the song ends in a mass of energetic group sing-along and fuzz.

Other tracks by Beloved Elk: Bottom of the Sea  -  One Hundred And Four Miles
%