Being Jane Lane - Next Step 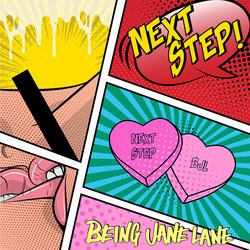 Being Jane Lane is a 5 piece all female punk band from Brisbane. What began as a musical journey, found them getting more than they ever anticipated. A friendship stronger than words, these 5 women found themselves writing & performing melodic punk songs that would gain a local cult following. Releasing their debut EP in 2016 & an unplugged EP, followed by the Sailboat single in 2017 all with producer Guy Cooper from Serotonin Productions, saw them play some epic live shows and tear up Australia on tour.

Being Jane Lane are taking the next step with the first single from their debut album ‘Next Step’ hitting the airwaves on Sept 28th. Having recently taking out the QLD position of the Victoria Bitter & MTV Hard Yards comp.

Their hard work and infectiously high energy stage shows were rewarded last year, with the band winning the coveted People’s Choice Award the Gold Coast Music Awards and a record contract with Australian indie label Human Records. Their producer Guy Cooper is pushing the hard-hitting punk ladies to create the new album and describes it as high energy infectious punk with a catchy melodic flair.


Being Jane Lane are taking the next step with the first single from their debut album ‘Next Step’ hitting the airwaves on Sept 28th. The song is all about knowing when it’s time to take that Next Step in a relationship… yes we’re talking about sex ;)