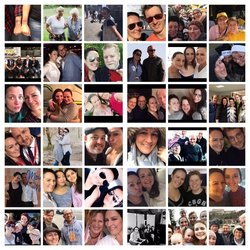 From February 2019, Bec returns permanently to Australia armed with a bag of brand new songs and national tour dates.


"Keeping You Up" is the first in a series of new releases from Bec Lavelle slated for release in 2019.

The song was inspired by the people who kept Bec's spirits up while she was living in Germany & missing her Aussie family/friends.


Other tracks by Bec Lavelle (Feat. Andrei Vesa): Keeping You Up (AC/Country Version)
%