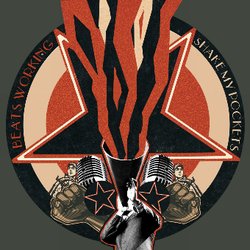 2011 brings forth Beats Working's second offering, the diverse and original ‘Found The Sound’ released March 11, 2011. Striving to go beyond the boundaries of hip hop, ‘Found the Sound’ dabbles in everything from Punk to Soul, Rock, Electro and Latin, with the operative word being: Eclectic.

Representing the Mid North Coast of NSW (members from Coffs Harbour and Newcastle) the band have spent the better part of a year arguing, writing, traveling and creating the album they hope will be recognized as a true original. ‘Found the Sound’ finds the band throwing all their influences into the melting pot.

Teaming up with HYDROFUNK RECORDS for the release and including guests such as Ezekial Ox (Mammal), DNO, Tommy Illfigga, DJ Katch, Blu Rum 13 and introducing the amazing talent of Mez Murphy on vocals, the album shows off the stubborn dedication to originality that Beats Working is all about. Produced entirely in house by the band at their Coffs Harbour studio (The Beauty Parlour), ‘Found the Sound’ was mixed by Paul Pilsneniks and Mastered by Leon Zervos at 301, creating a big sounding record that busts through the boundaries of hip hop.