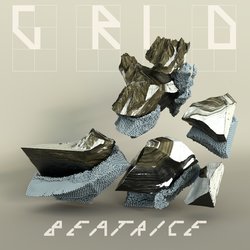 Named one of “Melbourne producers that owned 2017” by Beat Magazine, Melbourne-based producer and Red Bull Music Academy Montreal 2016 alumni Beatrice is one of Australia's most interesting musicians. She's previously supported Machine Drum, Shigeto, Mark Pritchard and is Aarecent addition to the Operatives roster. A rising performer on the Australian festival circuit, she has performed at most major electronic music festivals the likes of Let Them Eat Cake, Splendour in the Grass, Falls Festival and Rainbow Serpent amongst others. She also co-wrote the original score for the recent groundbreaking documentary Her Sound, Her Story.

A founding member and key writer of Haiku Hands, the collective have worked with some of Australia’s finest writers and received global attention with singles Not About You and Jupiter.

Beatrice is also the main producer in Kardajala Kirridarra (Sandhill Women), a band born from her work as a workshop facilitator in the NT and strong advocacy for Indigenous music. Since releasing their debut album in 2017 the group has earned six feature albums at Australian radio, and nominations for a J Award plus Album of the Year at 2018 National Indigenous Music Awards.


Grid is a masterclass in production featuring bristling electronics, looped vocals and bouncing bass weaved together by Red Bull Music Academy alumni Beatrice and co-producer and collaborator A Million Things.