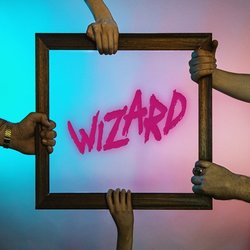 Batz create music that doesn’t sit easily or comfortably, the soundtrack to all the heady fun, loose times and bad decisions that happen when the sun gets low and things gets lairy. It lodges under your skin and won’t let go until you sweat it out, or succumb to the righteous badassery.

BATZ emerged from Melbourne's inner northern suburbs in 2015, and have spent their short time together crafting a reputation for authoritative performances at notoriously rowdy and intense live shows. The band made up of Chrissy Aubry, Dali Platt, Billy 'Killer' Watts, Ryan Scoble and Aaron Ronaldson.

It’s a mix that quickly engenders comparisons to Yeah Yeah Yeahs, Blondie and Elastica, but BATZ aren’t that easily pinned down, delivering songs that wind up and unfurl in a hail of pent-up energy and sweat.

With The Delta Riggs’ Alex Markwell on production helping them on their musical path, the burning intensity of new single "WIZARD" heralds a new chapter in the BATZ story.

On the ferocious, steamy banger, BATZ are at their most raw, energetic and unapologetic… but also, their most heady, most psychedelic, as their spindly guitars spiral off into the cosmos.


Batz are back with their latest single Wizard. The love child of the B52's and Yeah Yeah Yeahs this song is nothing but good vibes.