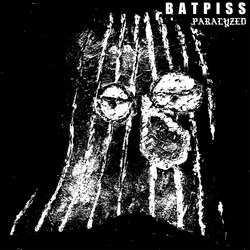 Capitalising on the charging success of their haunting 'Weatherboard Man' single, Melbourne dirge-rock lords Batpiss will reign triumphant when they release their new LP 'Rest in Piss' via Poison City July 14. Listen to new tune 'Paralyzed' today, and prepare yourself for their upcoming album tour.

Discordant and dissonant, 'Rest in Piss' is Batpiss's third LP, and the most incredibly-titled release you'll see this side of the Pacific in 2017. Recorded and produced by Gareth Liddiard of The Drones (a match made in gritty rock heaven), it follows the wild community radio success of first single 'Weatherboard Man'. That saw the band sell-out Collingwood's Gasometer to the hilt last month, delivering a confronting and committed set and introducing a series of new material from the record.

'Rest in Piss' traverses with gigantic, purposeful leaps, this record delves deep into the darkest, dankest parts of the Australian psyche. Catch them giving it a live airing on tour through August and September.

Do not let these bastions of Australian gritty dirge-rock pass you by. Once you're ensnared, their huge, irreverent voracity will have you hooked. It's hard to believe this volume of intense noise comes courtesy of just three men...