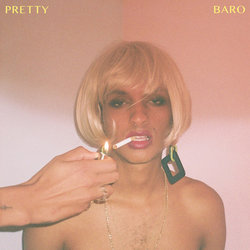 At just 19, Baro has spent the last few years setting the Australian hip-hop scene alight and his international sound has started turning hip hop heads around the world. Having recently being named by Noisey as “part of an exciting new force in Australian hip-hop” alongside the likes of Briggs, Sampa the Great and Remi.

He’s set to further ascend now with the release of ‘Just Problems You Need To Know’, recorded in Melbourne at Smooch Records in Brunswick (Josh Delaney's studio) and Baro's own infamous Bungalow Studio with a full live band, with production help from Josh Delaney (Chet Faker, Rat & Co) and longtime collaborator Mitch Graunke. The result is a diverse body of work that features flashes of jazz, soul, RnB, indie rock, and of course hip hop.

Baro has accompanied Vallis Alps and Remi on their recent national tours, performed at Laneway 2017 and Splendour In The Grass 2016, and spent the last few years getting his stage reps in with international acts Mick Jenkins, Freddie Gibbs, Badabadnotgood, and Danny Brown.


‘Pretty’, sees Baro in experimentation mode, exploring his sound, and drawing worthy comparisons with the likes of Frank Ocean. Jazzy hooks and bouncy beats are traded for indie guitars and fuzzed out harmonies, as Baro explores melodies, textures and tones unlike anyone else on the Australian hip hop landscape.