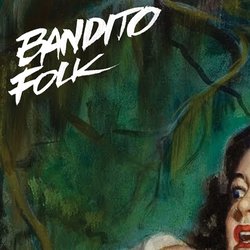 As dusk settles the kindred draw melancholic stares from dancehall flowers… Brisbane 5 piece band Bandito Folk started kicking around back in 2011 while students at QUT… the same uni that Ball Park Music, Cub Sport emerged from. Over the past year or so they have collected a clump of songs mainly written by singer/guitarist Josh Tuck. Over this time they have played a bunch of shows in and around Brisbane with Halfway, The Medics, Millions, Battleships, I A Man, Patrick James as well as performances at the Spiegeltent (2011 and 2012), Brisbane Festival 2012 and 4Walls festival and a month long residency at Vinyl – the Brisbane HiFi’s street bar. A debut self-released EP Please, Don’t Smile at Strangers was made while at QUT in 2012. A new EP was recorded with Magoo at Applewood earlier this year.


In the pursuit of aspirations your interpretation of reality and identity can become distorted or altered. First radio track from new EP.