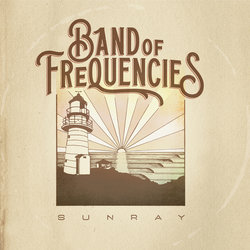 The Sunshine Coast’s award winning ‘Band of Frequencies’ combine their love for the ocean, family and adventure with a multifarious musical career that encompasses surf film soundtracks, ocean conservation campaigns, collaborations with respected artists and performing at a myriad of festivals, events and venues around the globe.

Band of Frequencies are positioning themselves as Australia’s premier ‘Jam Band’. The Jam Band culture originated in the 1960s with the Grateful Dead and features extended musical improvisations in live performances, ensuring that no show is ever the same. The movement is more widely recognised in California and incorporates influences as varied as jazz fusion, blues rock, 60s surf guitar sounds and 70s psychedelic rock.

Throughout their career ‘Band of Frequencies’ have remained proudly independent releasing music via their own label, ‘Low Pressure Productions’, and continue to create at their own pace and by their own rules.


The latest single release by ‘Band of Frequencies’, Sunray, is an uplifting summery tune blending elements of reggae, funk, riff-ology and a dreamy psychedelic chorus. It was recorded at ‘Yama-Nui' recording studio on the Sunshine Coast by bassist OJ Newcomb and mixed in Melbourne by musician and well known live & studio engineer Damien Charles.