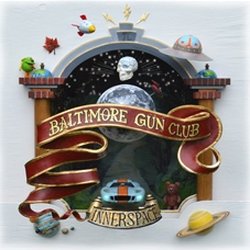 Baltimore Gun Club are a 3 Piece Grunge/Rock band from Australia's Gold Coast. Combining their influences of Sabbath, Melvins, Helmet & QOTSA, Baltimore Gun Club have built up a solid Australian following after touring the East Coast of Australia.
Their live performances are extremely energetic and have been know to be one of the loudest bands in Queensland.
Their new single APOLLO has been featured several times on the worlds longest running music show, ABCs Rage TV.
Join Baltimore Gun Club as we shoot for the moon.