Amrap's AirIt | Australian Music Radio Airplay Project :: Rock :: Ball Park Music - Everything Is S__t Except My Friendship With You

Ball Park Music - Everything Is S__t Except My Friendship With You 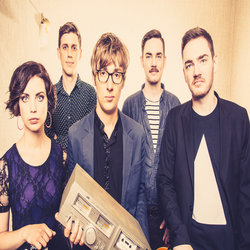 Determined to leave their own print, Ball Park Music opted to self-produce and take the recording of ‘Puddinghead’ into their own hands.

Unlike their first two albums, which were penned and recorded in between a relentless touring schedule, 2013 provided the first opportunity for the band to write and record in a controlled environment. The result is the band’s third album in 24 months, and without doubt their most accomplished to date.

This new and exciting chapter for Ball Park Music comes off the back of an incredible three years that's seen them secure two J Award album nominations for previous albums ‘Happiness and Surrounding Suburbs’ and ‘Museum’, a top 10 ARIA debut for ‘Museum’, numerous sold out headline tours alongside becoming one of Australia’s most loved festival bands.


In true Ball Park style, this track is both sweet and miserable. It’s a happy-sounding song imbued with sentiments of loneliness and depression.

The album celebrates the bands underdog leanings and rejoices in the love, loss and banalities of suburban Australian life.