Bakers Eddy - Leave It To Me 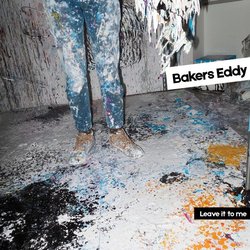 Having formed in 2009 as an escape from adolescent pressures and career expectations, Bakers Eddy found their sound listening to two and three chorded punk songs. With the original lineup consisting of vocalist CJ Babbington, drummer Jamie Gordon, and bassist Ian Spagnolo, the band expanded to include Ian’s twin brother Alex Spagnolo two years later. “We got sick of him playing PS3 in the same room while we rehearsed, so we taught him an A chord and then he was in.” For the next two years, the band would go through a few name changes, a few first relationships, and experiment with different genres and substances. In 2015 the band recorded and released two singles and an EP, as well as touring New Zealand throughout the year, clocking up supports with the likes of Gang of Youths, The Rubens, and US band Highly Suspect – all whilst avoiding going to uni or getting real jobs. By the end of 2016, they decided to throw themselves well out of their comfort zone and move to Melbourne where they teamed up with producer and drummer of Shihad, Tom Larkin.


Whether it is a relationship breakup or a family feud we have all been in the position of the world we thought we knew falling apart. Leave it to me is a sensitive song with a bold attitude