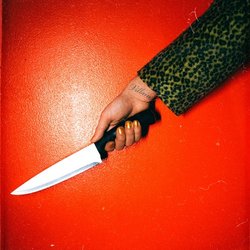 hether it’s heritage, hope or insanity that fuels them, Sydney-based Bad Pony simply do not stop. With eight national tours under their belt and three international showcases (Singapore’s Music Matters - 2016, Canadian Music Week - 2017, SXSW - 2018), Bad Pony have spent the most part of their career together on the road, not to mention having independently released four self-produced singles, all with national radio success.

After playing to packed out venues across Austin, the highlight of this year’s SXSW for Bad Pony was easily playing Sound’s Australia’s Aussie BBQ at the inaugural Australia House showcase. Playing before national idols such as Gang of Youths, Bad Pony’s explosive performance saw them walk away with the award of ‘Best Australian Group’, as voted by The AU Review.

The indie-rock-pop-dance-funk outfit kicked off 2017 with a showcase at Canadian music week, inked a management deal with Sydney-based agency, ArowAgency and scored a Rolling Stone Australia premiere for their single ‘Deficiency’. If that wasn’t enough excitement, they topped off another huge year of touring with a performance at Australian Music Week and winning the Australian Music Week award.


Punchy, guitar heavy and melodically strong, ‘Villain’ is a snapshot of Bad Pony’s undeniable passion for the grit and chaotic music that has won them fans in Australia and abroad over the last few years.