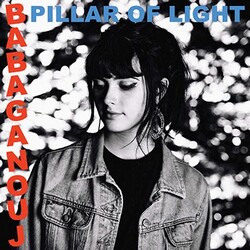 Drenched in Brisbane pride, power pop-rock outfit Babaganouj have grown a legion of fans since their 2011 inception. While keeping with their distinctly Australian style, The Nouj’s sound is reminiscent of Teenage Fanclub, The Pains of Being Pure at Heart, and Yuck, taking inspiration from Creation Records and Flying Nun classics. In 2014, the band gained serious radio attention with their releases ‘Too Late For Love’ and ‘Bluff’. This success took them on a number of headlining tours, as well as each leg of the Blurst of Times festival tour. Along with frontman Charle Sale’s signature on-stage power lunges, the Triple J Unearthed favourites have supported the likes of The Preatures, Smudge, Veruca Salt, The Lemonheads, Northeast Party House and The Creases. Continuing their powerhouse rise, 2015 saw Babaganouj play at the inaugural MATES festival in Sydney, Brisbane’s BIGSOUND conference, and come in as finalists for Qmusic’s Billy Thorpe scholarship. Looking forward, the trio of writers is set to record three EPs in 2016, showcasing their infectious lyrics, intense riffs and unreal magnetism.


Harriette (bass and vocals) wrote Would You Like Me a few years ago. It's about feeling like she was obsessing over friendships with people she really looked up to and admired who didn't actually turn out to be that great.

Other tracks by Babaganouj: Do Rite With Me Tonite  -  Awhile
%