Babaganouj - Too Late For Love 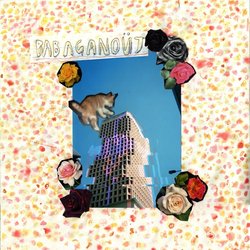 After a long and arduous band meeting, Babaganouj were almost going to use “Rock Band Brisbane” as their press release for their new 7” single “Too Late For Love”, but were convinced at the last minute to extrapolate. Babaganouj are a band of four people. Charles used to play in Yves Klein Blue. Jack drummed for Inland Sea. Harriet and Ruby are both still members of Go Violets.

They play almost-kitsch power pop in the vein of Australian classics like The Melniks and Smudge, with inspiration from Creation Records and Flying Nun classics you've probably heard a few times before.


The new single “Too Late For Love” brings the classic brisbane pop elements of fuzzy lo-fi guitars and romantic vocal harmonies together to make this loveable non-love song. Released digitally and n 7” - “Too Late For Love” can be heard live on tour in March.