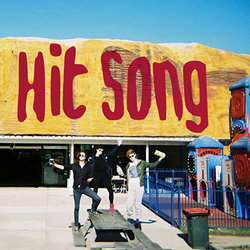 In 2014 Babaganouj garnered serious radio attention with their releases “Too Late For Love” and “Bluff” - leading them to tour nationally twice, play each leg of The Blurst of Times tour as well as support a slew of notable acts such as The Preatures, Smudge, Veruca Salt, The Lemonheads, Northeast Party House and The Creases. \u2028\u2028They have come into 2015 swingin' – having played The inaugural Palms invitational “MATES” Festival in Sydney, and supporting Atlanta girl-punks The Coathangers in Brisbane and Byron Bay. On top of that this year Babaganouj released their single “Can’t Stop”, toured the east coast of Australia with bands such as Bearhug and Scotdrakula and were finalists for the Billy Thorpe scholarship at the Qmusic awards. Babaganouj play power pop in the vein of Australian classics like The Melniks and Smudge, with inspiration from Creation Records and Flying Nun classics you’ve probably heard a few times before.


Babaganouj teamed up with old friend and previous collaborator Sean Cook to record Hit Song at Brisbane’s Plutonium Studio in 2014. Inspired by aborted romances and daytime drinking, Hit Song is an anthem about attempting to write the greatest song ever.