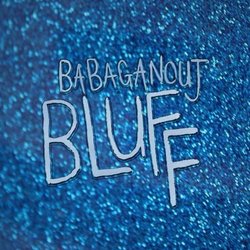 Babaganouj were almost going to use "Rock Band Brisbane" as their complete
biography, but were convinced at the last minute to extrapolate on this. Here's an attempt at that:

Charles used to play in Yves Klein Blue. Jack drummed for Inland Sea. Harriete and
Ruby played for Go Violets. They play almost-kitsch power pop in the vein of
Australian classics like The Melniks and Smudge, with inspiration from Creation
Records and Flying Nun classics you've probably heard a few times before.

Their March 2014 single ‘Too Late For Love’ was produced by Sean Cook (Big
Scary/Jeremy Neale), and received widespread support as well as being added to full rotation on triple j. Their upcoming single ‘Bluff’ is taken from their forthcoming
EP due to be released in October 2014.


Taken from their forthcoming EP, Bluff is a shimmering indie gem with memorable pop lyrics and guitar riffs bound to make you want to dance.