BRUX - In My Dreams 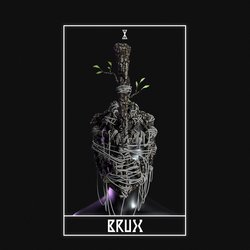 Revel in the realm of BRUX - a turbulent force of brooding rhythms and distorted desires of the human psyche. Equally intimidating as alluring, BRUX confronts notions of fate, materialism and the pursuit of pleasure.

BRUX's debut single "I'm Back" signalled the beginning of her rise, with "Paper Boy" being a second refreshingly innovative and alluring take on club music. Stepping out into the live domain for the first time, BRUX will perform her debut show on October 17 in Downtown Los Angeles. With a set including her trifecta of innovative and daring singles with "In My Dreams", BRUX season is officially upon us, presenting a musical confrontation of fate and the pursuit of pleasure, all to a sound you can get down to.


The third single from the Sydney-based producer. "In My Dreams" arrives on the scene as the product of skilful signature sound curation, built on pitch-shifted vocals, ethereal scattered beats and brooding rhythms that have become synonymous with BRUX as an artist. Instrumentally vast and layered, the track delivers another skilful taste of BRUX's world.