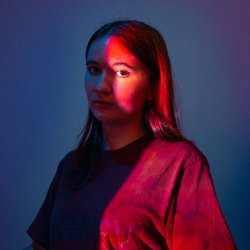 BREWER has been singing since she can remember, forcing anyone she could find to listen to her. Growing up in a musical family she learnt classical piano at a young age and would often mess around on the instrument coming up with her own simple compositions, from there she picked up (and dropped) different instruments such as French horn, trumpet, guitar and a short unfortunate stint at drums.

BREWER has worked with many talented producers and songwriters to enhance her musical ability. She released her first song on unearthed “Another Sound Escapes” which was added to rotation on Triple J unearthed, reached top 10 on JJJ unearthed charts, played on Triple J and received many complimentary reviews.

BREWER plans to release new music that she’s worked on through her early-mid teens (with producer Michael McGlynn) late 2018 and mid-2019; an exploration of the anxieties and excitement of getting older.


BREWER wrote the first version of Anything, Everything at 13. It’s about letting something/someone take over your life and influence your decisions often leading to you losing yourself. When things get too hard people sometimes distract themselves with reckless forms of self-medication to make themselves feel better.