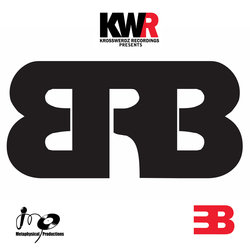 Hip hop artist, BRB, has rocked the mic in the U.S, throughout Europe and has played a range of gigs in Australia. He has shared both stage and release working with many artists of all walks and genres including the Krosswerdz collective, Hilltop Hoods, D-12, Bone Thugs n Harmony, Tech9, DPG, members of L.A. Symphony, DWC, Syllabolix crew, Braille, Scribbling Idiots, Koolism, Hussein Fatal (Outlaws), Obie Trice, beatboxing world champ Joel Turner, Da Truth (Cross Movement) and of course his original crew, Metaphysical Combat. \u2028

BRB has produced and featured on countless releases for a variety of artists, compilations and mix tapes. Some features include ‘Down under 2012’, Uprock Summit samplers, music appearing on the Fat Pizza tv series, and two tracks on the ‘Australian Hip Hop Supports Canteen’ Album compilation - a release close to his heart after his own lengthy battle with cancer and the loss of his friend Hunter who brought the album together. One of the tracks, 'Hard Times', is a tear jerker on the importance of support throughout his battle. The video clip features real life footage from some of his time in the hospital.


'Shook' is upbeat and flamboyant, full of life and colour. KJ-52 rides the beat with verses jammed full of punch lines. BRB brings smooth delivery. Fresh cuts and elements from the remix of 'Shook Ones Part II' by Mobb Deep give the track a deep twist.

Other tracks by BRB: Devil's Playground  -  I Am Thunder, I Am War
%