BRB - Sharks In The Water 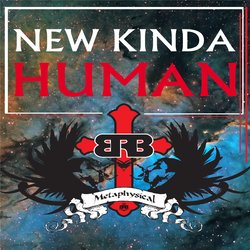 ‘Philosophical’, ‘inspirational’ and ‘deep’ are all words that have been used to describe the music of hip-hop artist BRB. Originally from New Jersey in the U.S. and now based in Canberra, Australia, BRB uses both of these cultural influences in his music, combining US East Coast rap with a laid back, Australian production style.

What is distinctive about BRB’s work how it both inspires and connects with listeners. This is seen in his philosophical, personal lyrics that are inspired by his own life experiences, giving his songs a raw honesty. He also plays his own percussion, which, combined with his lyrics, enables him to marry his beats and rhymes seamlessly.

He is currently finishing his upcoming album, “New Kinda Human”, released in November 2017.


A metaphorically rich, triple entendre track on the theme of hidden predators beneath the surface. The lyrics refer to jumping in at the deep end, judging others for being in over their head and hidden dangers. With a powerful sung chorus, the song is catchy and powerful.