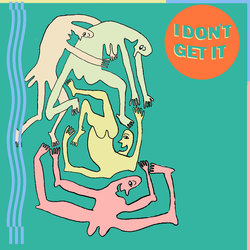 Formed in late 2016 as the brainchild of Singer/Songwriter Ali Flintoff, BOAT SHOW hit the ground running with the release of their debut album “Groundbreaking Masterpiece” in March 2017. Recorded in one three-hour session in December 2016, ‘GROUNDBREAKING MASTERPIECE’ hit the airwaves less than six months after the band formed and cemented the fierce and fun reputation their live show was already building them.

Containing songs mostly about being a woman, and the pros and cons a woman must deal with in the music industry, “Groundbreaking Masterpiece” articulates BOAT SHOW’s personal frustrations in their signature brutal and humorous style.

During August and September of 2017, BOAT SHOW toured nationally to promote their first single from their sophomore album "The Big Smoke", including showcases at BIGSOUND. The album "Unbelievable" was recorded in Melbourne earlier in the year by Dean Tuza and was released in January 2018 with a launch at The Rosemount Hotel in North Perth. The band were nominated for three 2017 WA Music Awards for Best Rock Act, Best New Act and Best Live Act.

2018 has also seen BOAT SHOW head out on the rod with Hockey Dad and DZ Deathrays.