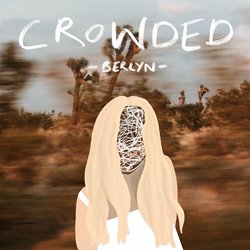 BERLYN is a 22-year-old singer/songwriter from Newcastle, New South Wales. Drawing inspiration from Middle Kids, Jack River and Maggie Rogers, her unique voice and writing style draws these all together to give you music you just can’t get out of your head.

She has recently teamed up with 3 outstanding musicians to form a band, and they have shown their ability to capture an audience with Sophia’s originals and their contagious energy, drawing a substantial crowd at a range of local venues.

Following the release of her debut single in 2019 which received radio play on a number of community radio stations as well as on Triple J Unearthed, BERLYN is set to release her second single Crowded March 20th.


I wrote crowded during a time when I was having more trouble dealing with anxious thoughts in my head than usual, which would get pretty overwhelming at times. I’d get a massive urge to just go ‘screw everything’ and just lay down and give in to it all.

I guess this song came as a kind of release.