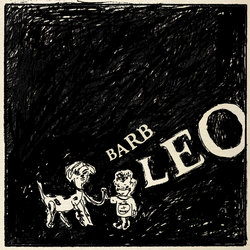 It was a mutual respect, awe and enjoyment of each other's company that fuelled this project. With Liam Finn and live cohort Eliza-Jane's constant touring (since the release of Finn's solo debut I'll Be Lightning and successive co-release Champagne in Seashells), Lawrence Arabia's busy schedule after the critical success of Chant Darling (subsequently leading to NZ's highest songwriting honour with the Silver Scroll Award), Connan Mockasin's ever morphing musical exoskeleton - which, at last count had taken him back and forth from NZ to the UK 16 times in the last year alone, and resulted in the wondrous Please Turn Me Into The Snat - and the enigma that is Seamus Ebbs, BARB's drummer who hadn't been seen by anyone for 3 years, and was said to be living in a part of NZ considered by most to be mythical - it's no wonder that wrangling these 5 intriguing individuals together was the trickiest part of making this record.

"Don" ad-libbed all the lyrics on the spot and they over dubbed the rest of the band singing along later. BARB’s homage to the great Leonardo DiCaprio.


Other tracks by BARB: Alcoholic Darling
%