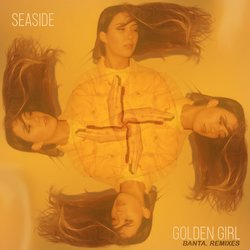 BANTA. are an Electro Pop Duo who craft their music to dark or light shades with no inbetween. Formed in 2016, BANTA. features producers OIiver McNamara and Caleb Lindner, who have been creating music from their bedrooms . With previous their work such as ‘Emotions’ (released in 2018), and ghost production credits for acts in the likes of Denzel M., James Cormack-Brown, and Chris Heskett, BANTA. was beginning to influence in Melbourne’s underground scene.

After a comprehensive visual project entitled ‘Shifts’, which highlighted the landscapes of their hometown, the duo released their lofi hit ‘Kohaku’. This collaboration with Arzenn, lead to features from Acid Stag, Chilled Empire, and Hype Machine, and continued to hit radio waves with spotlights on 4zzz. Now with over 150k streams, and reach from around the world, BANTA. continue to confidently own the term ‘Bedroom Producers’.

Later releasing ‘Flourish’, BANTA. continued to push the boundaries of their sound. This single was well received, with interviews on 88.3 Southern FM as well as taking out #1 on the triple j unearthed electronic charts. This single lead BANTA. to a sold out headline performance at the Grace Darling Hotel.


Released to a wide array of praise, 'Golden Girl' is a stellar mix of dream-pop and indie rock, a track which not only demonstrates SEASIDE's maturity, but their technicality and artistic talent as a whole. Re-worked by BANTA to display a new light to the tone, these remixes highlight the lyricism in a new space.