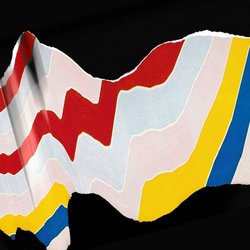 Australia’s BANTA. are an Electro Pop Duo who craft their music to Dark or Light shades with no inbetween. After ‘ghost-producing’ for acts such as Denzel M, James Cormack-Brown and Chris Heskett, collectively reaching over 10,000 streams, BANTA.’s hip hop influenced sound is making waves across the underground scene. Formed in 2016, BANTA. features producers OIiver McNamara and Caleb Lindner, who have been creating music from their bedrooms since they began high school.

Their track ‘Emotions’, released in 2018, launched their debut live performance with shows at Horse Bazaar, Workers Club, Swamplands, and their featured set at Maroondah Festival, whilst performing with artists such as Anisa T, Tyller Fischer, Abe Rich, and Jedekiah. With support from Eastern Radio FM, Shake It You Won’t Break It, and a featured performance for The Jam Australia, this single was BANTA.’s most ambitious yet.

After releasing a comprehensive visual project entitled ‘Shifts’ in early 2019, BANTA. are excited to launch their new collaboration ‘Kohaku’. A piece that features energetic timbres of Arzenn, and of course the organic and unique tones listeners come to expect from BANTA.


Flourish is a reflective piece dissecting the struggle of identity and purpose of young adults growing to be their own skin, an introspective journey that takes personal struggles and transforms them into an energising defiance that supports our individual process of self discovery.