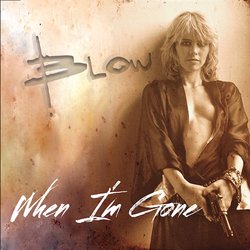 Established in Sydney, Australia in 2005 the band released its first recording offering in 2008 with an EP that balanced a couple of their Blow Branded covers with two original tracks. Aptly titled “… a taste of”, the EP only wet the band’s appetite for writing and recording.
In 2012 Blow released its self-produced first album, Endless Night via MGM Distribution. The album saw the raw unadulterated rock come through as well as some softer ballads that were loved by many.
In 2016 the band’s recording for its new album was heard by international and ARIA winning record producer, Steve James who loved the tracks and went on to mix and produce the Blow’s new album, “When I’m Gone” – released in November, 2016 again via MGM Distribution.
The first single off the album, “It’s a Start”, provides a good insight into the flavour of the album. The album again offers an overall Rock Genre that is massaged with a little country and story-telling amongst its straight out Rock tunes.
Blow is Tony Townsend (Vocals), Claude Poffandi (guitar and Vocals), Robert Poffandi (Guitar and Vocals), Lou Amato (Bass) and Curtis Martin (Drums).


Does she leave because of his less than desirable lifestyle or is she the cause of his self-imposed destruction. Either way he still thinks that she will miss him when he totally destroys himself and moves on to another world. Delusions of grandeur fuelled by Jack and yet another beer.