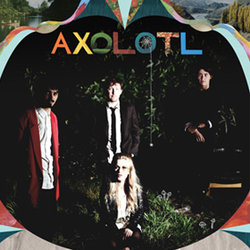 Melbourne outfit Axolotl release their highly anticipated debutant single “Garden Lane”. Lush instrumentation, an enticingly meandering melody, and 60′s inspired production have been fused together effortlessly by producer and arranger Dustin McLean (TZU, Joelistics, Bobby Flynn) and polished by in the mix room by John Castle (The Bamboos, Washington, Cat Empire, Lior and The Drones). The band launch the song on the 3rd of December at the Northcote Social Club in Melbourne ahead of their full length release due out in 2012, which has already caused a stir within the OZ music scene.

Fronted by the eloquent voice of Ella Thompson who at 21 years old has already toured solo supporting acts such as Paul Kelly and Renee Geyer, played on festivals such as Apollo bay, Queencliff, Melbourne International Jazz Festival and St Kilda Festival. Axolotl have been cutting their teeth on the Melbourne live circuit over the last year, developing a unique blend of acoustic and synthetic sounds drawing from influences such as Little Dragon, Grizzly Bear, and Flying Lotus. Ella is backed by a band who have worked with the likes of TZU, Gypsy And The Cat, Phrase, The Bamboos, Gossling, Bobby Flynn and Texture Like Sun.


Garden Lane is a swelling, luscious venture into beautifully crafted song writing and production. The journey captivates the emotion as well as the ear. A brilliant debut from a band that will undoubtedly blossom into a powerhouse of the Australian music scene.