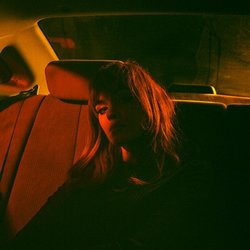 Named in triple j unearthed’s Top 40 Most Played Artists last year after releasing only one song, 2018 was Austen’s biggest year yet. She was handpicked by unearthed to play their BIGSOUND showcase and finished up the year on the road with Paces as his main support. March's ‘Anthem’ was the follow up to audience favourite ‘Too High To Cry’ which landed in Dave Ruby-Howe’s Top Ten unearthed tracks of the year.

'Anthem' burst into 2019 with a spot rotation on triple j and received adoration from AAA Backstage, Cool Accidents, Kings of A&R, Purple Sneakers and STACK Mag.

Austen's introduction is no less auspicious, her debut single ‘Faded’ has accumulated almost 500,000 Spotify streams, with follow up ‘Darkside’ sitting on 140,000. Since then she’s been named an ‘Artist to Watch’ by Pilerats and supported the likes of The Kite String Tangle, Nicole Millar, KLP, Running Touch, Col3trane, AURORA and Nyxen as well as performing a show-stopping performance at this year's Big Pineapple Festival.

Born in the in the confines of a van, 'Passenger Seat' documents the beginning and devastating end to an intense relationship.


Other tracks by Austen: Passenger Seat
%