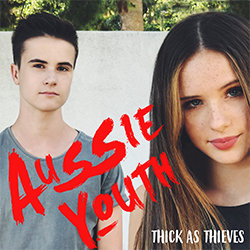 Jack (vocals / guitar) was a contestant on The Voice Kids Australia in 2014 and performed in major musical theatre productions including Love Never Dies, where he worked alongside Andrew Lloyd Webber, received an Australian Broadway World nomination and featured in the DVD and cinema release of the show.
He also appeared in Moonshadow with Cat Stevens, Chitty Chitty Bang Bang, Gypsy with Caroline O'Connor, Pippin and Beauty & The Beast alongside musical theatre legend Nancy Hayes.

In late 2016 they appeared as special guests for Le Petit Cirque at three sellout shows at the Armstrong Theatre in Los Angeles and as a feature acts at the annual Starlight Foundation's Dream Halloween Ball at the Park Plaza Hotel in Los Angeles.

During 2017 they have been writing and recording in LA with Grammy award winning American producer Heather Holley (Christina Aguilera).