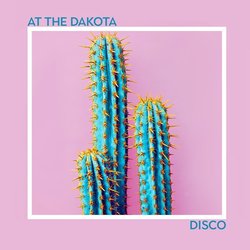 Hailing from tropical Darwin, indie-groove pop band At The Dakota have established themselves as one of the most exciting bands to come out of the Northern Territory with their addictive pop sensibilities and hooky, quirky lyrics and melodies.

A 5-piece comprising energetic and fun mates from the Top End, At The Dakota’s sound is influenced by the warmth and optimism that epitomizes Northern Territory living. Their songs are unapologetically groovy and their lyrics are refreshingly cryptic. Recognized as finalists in the 2016 and 2017 National Live Music Awards they’ve developed a dynamic and energetic live show that’s perfect for music lovers that just want to have fun!

At The Dakota are much-loved in the NT, winning the People’s Choice Award in the 2015 NT Song of the Year Awards and being voted by the public as the local act for the 2018 and 2016 BASSINTHEGRASS Festival. They’ve also supported touring acts such at The Rubens, Ball Park Music, Saskwatch and The Bennies and have gone on several national tours.


Fast paced, frenetic and fun. Disco is about growing old and resenting what you've become. Mad mouthfuls of lyrics, synth for days and lots of reasons to dance like a crazy person. A little bit of the NT's mango madness for your ears.