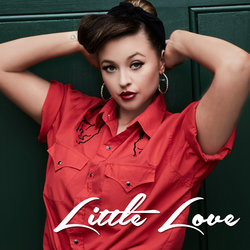 Originally from a jazz background, she found her passion for Motown and Soul music when she joined world-renowned girl band 'Sweethearts' at just 14 years of age. She performed with them twice at the prestigious Porretta Soul Festival Italy and Montreaux Jazz Festival Switzerland.

In 2013, Ashleigh was invited to participate in the distinguished Hollywood Immersive Music Course in LA working on her originals with famous industry names including
Steven Memel, Lilly Dawson, Mike Flanders and songwriting with Robyn Frederick.

The support she received ignited her passion to expand her craft and in 2015 her first EP 'Lolita' was born. In the past year, 'Lolita' has had worldwide success including numerous distribution agreements.
​
In 2014 she had the pleasure of giving an impromptu performance of 'Baby I Need Your Loving' to The Four Tops in their dressing room during the Melbourne leg of their tour!
​
Additionally, Ashleigh has been an integral member of several diverse music acts including All Star, Bamboozle, Jazz with Don and Betty, The New Originals, Grand Soul Audio, Ashleigh Watson Trio, Ash and Jais Duo, Ash and John Duo, Cash Up Front (No. 1 on the Tasmania Country Music Charts) and Bluetone Assembly.


Recorded in LA in 2016 with multi-platinum producer Warren Huart.