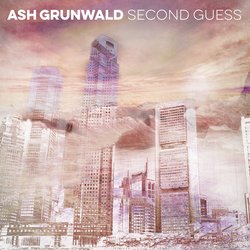 Ash Grunwald’s brand new album ‘NOW’ fills the belly with fire, the heart with integrity and the limbs with the energy for action. Working with Ian Perez (Wolfmother), Pete Wilkins (formerly Blue King Brown) and Nick Didia (Producer – Pearl Jam/Springsteen/Rage Against the Machine), ‘NOW’ is set to be Ash Grunwald's best work yet!

The result is an album with immense force; strongly political, rumbling from the depths of internal rage. It is sonic thunder that wears all the suffering and the anger of the blues but does not forget for a beat that if you don’t get up sometimes and shake that shit off, if you don’t take a moment to look across the dance floor and lose yourself in that boy meets girl moment, your heart will harden and you’ll lose sight of all the beauty you’re fighting for.

‘NOW’ features the singles ‘River’ and ‘Second Guess’, as well as other songs such as ‘It Don’t Belong To You’ that are fast becoming fan favourites during Ash Grunwald’s recent tour.


Second Guess encompasses the essence of what made Australia and the world originally fall in love with Ash Grunwald. With an overflow of groove from the opening riff, paired with tight percussion and a unique moog synth bass line, Second Guess hits you with an attack of the aural senses.


Other tracks by Ash Grunwald: River
%